With the onset of the summer months, community bank CEOs and their boards of directors start to think about updating strategic business plans prior to the autumn budget season and the start of a new fiscal calendar year.  Some do it with facilitated planning retreats, others at regularly scheduled board meetings, others use bank-wide roll-up techniques.  Regardless of the method used, the goal is to set direction, goals, and objectives.  Including fine-tuning performance measures, tweaking product offerings, altering (or validating) geographic presences, and adjusting risk limits.  Then promoting a shared understanding among employees through strong and effective written and oral communications efforts.

Recently, the Office of the Comptroller of the Currency (OCC)  released two free documents that can help make community bank strategic planning more effective.   The first is:  A Common Sense Approach to Community Banking.  I like this document the best from the current crop of community banking-oriented publications coming out of the Federal bank regulatory agencies because this one was developed by bank examiners.

Bank examiners are front-line practitioners of the art of management appraisal, so their best-practice themes about the bank management process, banking risk management, and corporate governance come from personal observations and experiences gleaned from a career of performing examinations of banks of many sizes and in varied locations.  It is one of the reasons most community bankers consistently say that they really value the informal chats they have with members of their examination teams.  They know these examiners have combed through the innards of many banks and have seen the good, the bad, and the ugly when it comes to banking practices.

Frankly, it beats the hell out of the cost of a fancy pants banking consultant... because its valuable advice is free and, if you are a national bank or federal thrift, it also comes with lifetime technical support - your OCC assigned portfolio manager and his or her Assistant Deputy Comptroller.  They can help with the "what to" and learning resources; the "how to" is up to you and your talented staff.

The second document, which complements the first perfectly, is the latest OCC Semiannual Risk Perspective.  The report aims to highlight issues that pose threats to the safety and soundness of banks and thrifts.  The report presents information from four points of view: 1) The Operating Environment, 2) The Condition and Performance of Banks, 3) Funding, Liquidity, and Interest Rate Risk, and 4) Regulatory Actions.

It represents the "T" in the SWOT  Analysis (Strengths, Weaknesses, Opportunities, and Threats) referred to in the Strategic Planning section of  A Common Sense Approach to Community Banking.  It is a must-read for bank CEOs and board members wanting to get a better grasp on external threats to the health of the banking system.

Well-grounded freebies like A Common Sense Approach to Community Banking and the OCC Semiannual Risk Perspective, coming at a time when community banks are sweating every dime, is a helping hand gratefully accepted.  Gosh, the only thing that could make this combination even sweeter would be an assessment rebate from the Comptroller!

Posted by Ron Lindhart at 4:31 PM No comments:

That's the title of the latest policy article, written by Jack Guttentag, outlining the present state of the mortgage market since the latest financial crisis.  Bottom line: good mortgage lending opportunities are being overlooked in today's market.  Mr. Guttentag is Professor of Finance Emeritus at the Wharton School of the University of Pennsylvania and one of the nation's premier experts in housing finance.  He also has an excellent website: www.mtgprofessor.com  This article and others in his library make for great reading.  A highly recommended browser bookmark for those following housing policy in the United States.

Many years ago, I was introduced to Jack's work by a colleague of his at Wharton, Dr. Ken Thomas.  Ken is also a  prominent banking consultant, based in Miami, who I have had the pleasure to know for over two decades.

Jack's excellent article trumps what I had on the blog stove-top this week.  Without further ado and because the material is copyrighted, please click on this article title:  Insanity in Today's Mortgage Market

Posted by Ron Lindhart at 10:25 AM No comments: 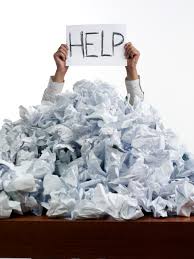 It's painful to observe the mega-bank vs. community bank internecine warfare unfolding within the U.S. banking industry.  At a time when unity might collectively advantage the industry more, the dynamics of detrimental fratricide seem to be dominating the banking trade press and Washington politics lately.  Its present incarnation is the Brown-Vitter Terminating Bailouts for Taxpayer Fairness Act (TBTF Act), aimed at hobbling our largest banks with significantly higher capital requirements and assorted other restrictions.

The frustration of community banks is expressed through the Independent Community Bankers of America (ICBA) End Too-Big-to Fail report.  Snippets such as "Community banks are living with the wreckage of the megabanks... their abusive practices have resulted in new consumer and capital regulations... regulatory burden exacerbates consolidation and compounds the problem of too big to fail."   In the report's press release, ICBA President and CEO Cam Fine emphasized the core issue: "But there is perhaps no greater reminder of the too-big-to-fail impact than the constant, oppressive regulatory burdens that community banks face on a daily basis."

Federal regulators and Obama Administration officials have raced to the microphones arguing to let existing Dodd-Frank TBTF powers take hold before layering on additional remedial measures.  To the underlying and core issue of the regulatory burden being imposed on community banks, raised by Cam Fine and the ICBA, they have little that's substantive to show.

Today, in a counter-intuitive way, the Dodd-Frank Act may have opened the door to the possibility of considering a single Federal banking agency devoted solely to the regulation and supervision of community banks.  The powers and responsibilities of state bank regulators could be untouched.

Federal Banking Regulation and Supervision in the United States

In the timeline of federal banking regulation and supervision in the United States, the contours of the regulatory landscape were sculpted by periodic financial crisis, legislative responses, and national priorities.  So we started off Federal regulation with a distinction based on whether a commercial bank was chartered by its home state government or chartered by the Federal government.  Then, with the creation of the Federal Reserve System, and its important lender of last resort function, the reach of Federal banking regulation and supervision was extended to Federal Reserve System member banks, regardless of state or federal charter.  Later, during the Great Depression, the reach of Federal banking regulation and supervision was further extended to all commercial banks and specialized lenders (like thrifts), regardless of charter, that were granted federally-backed deposit insurance.

So Federal banking regulation and supervision literally oozed across the spectrum of depository institutions over time, regardless of size or charter, driven largely by an expanded Federal interest in maintaining a safe, sound, and prosperous banking system.

The Dodd-Frank Act, however, made an important, perhaps watershed, change in the overall nature and focus of Federal bank regulation in the United States.  In Section 165 of the Act, it introduced the concept of increasing the stringency of prudential standards based on the size of the financial institution:

(a) IN GENERAL.—
(1) PURPOSE.—In order to prevent or mitigate risks to the financial stability of the United States that could arise from the material financial distress or failure, or ongoing activities, of large, interconnected financial institutions, the Board of Governors shall, on its own or pursuant to recommendations by the Council under section 115, establish prudential standards for nonbank financial companies supervised by the Board of Governors and bank holding companies with total consolidated assets equal to or greater than $50,000,000,000 that—
(A) are more stringent than the standards and requirements applicable to nonbank financial companies and bank holding companies that do not present similar risks to the financial stability of the United States; and
(B) increase in stringency, based on the considerations identified in subsection (b)(3).
(2) TAILORED APPLICATION.—
(A) IN GENERAL.—In prescribing more stringent prudential standards under this section, the Board of Governors may, on its own or pursuant to a recommendation by the Council in accordance with section 115, differentiate among companies on an individual basis or by category, taking into consideration their capital structure, riskiness, complexity, financial activities (including the financial activities of their subsidiaries), size, and any other risk-related factors that the Board of Governors deems appropriate

So the path of the history of Federal banking supervision pivoted and now includes, not only horizontal slicing, based on charter and membership,  but also vertical dicing, based on asset size and other factors enumerated above, with regulatory authority for the largest financial institutions vested in the Board of Governors of the Federal Reserve System largely through their bank holding company structures.  It is within this revised framework that the opportunity arises to create a federal community bank regulator solely devoted to community bank regulation and supervision.

How It Could Look

One caveat, however, is that, for checks and balances purposes, the FDIC should retain back-up examination authority, as the deposit insurer, over the Federal Reserve System and the FCBC; and it would also be wise for the FDIC to have Ombudsman and independent examination quality assurance authority over both agencies.

...and I suppose no invitations to the OCC Alumni Association dinners for me anymore.

Posted by Ron Lindhart at 2:13 PM No comments: