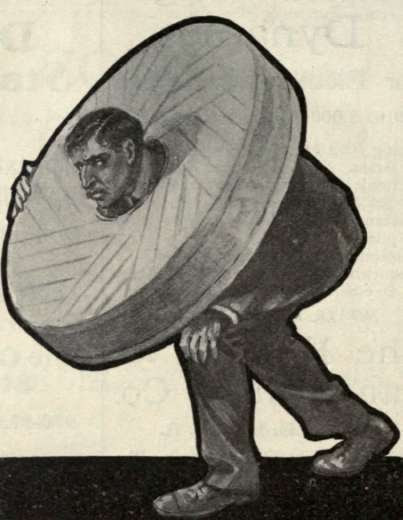 What a difference you can make in the meaning of a word by changing just one simple letter!  The thought immediately came to mind when reading this final sentence from a story in the New York Times, titled Failed Bank's Broken Vows Mean Little, reporting on the fallout from an adverse federal court ruling against the Federal Deposit Insurance Corporation (FDIC) dismissing one of their failed-bank director liability lawsuits:

"If this ruling is widely followed, it could mean that if a bank can somehow get a 2 rating from the examiner, it can safely ignore anything else the examiner says."

The failed bank in question was the Cooperative Bank of Wilmington, North Carolina.  When the FDIC-supervised, state-chartered bank failed in June 2009, it had $974 million in total assets, 24 branches, a loan production office, and a mortgage company.  Its lending focus was commercial real estate loans and residential land acquisition, development, and construction loans in eastern North Carolina and eastern South Carolina.  Much of the lending was for investment or second homes along the coast.  Loan growth, during the final years, was funded from wholesale sources -- brokered deposits and Federal Home Loan Bank advances.  The initial estimate of loss to the Deposit Insurance Fund was $217 million, but as of  December 2013, it was $293 million -- an increase of  35% over the initial estimate.

A Material Loss Review (MLR) is required, by federal statute, to be conducted by the appropriate Inspector General's office for bank failures where substantial costs are incurred by the Deposit Insurance Fund.  The Cooperative Bank MLR recaps the bank supervisory history of the bank prior to its failure.  The MLR is breathtaking, but not in a good way.

Remember the interagency commercial real estate lending guidance, issued in 2006, that established bank supervisory tripwires of 100% of capital for construction, land development, and other land loans (ADC loans), and 300% of capital for rapidly-rising non-owner occupied commercial real estate lending activity?  Well, at year-end 2007, those figures were 469% and 584% respectively for the Cooperative Bank.  And, due  largely to the capital burn incurred near the end of its life, the concentration of ADC loans at the end of 2008 was 912% of capital.

There is an old axiom in banking supervision - banks tend to decay, not explode. As you can see in the graphic below, however, the bank immediately went from a CAMELS composite rating of  "2" (fundamentally sound) to a "5" (critically deficient) - what bank examiners call a "triple jump".  The bank failed seven-months after the commencement of  its final examination - with the ink barely dry on the bank's final examination report and Cease & Desist (C&D) Order.

A fine "triple jump" might earn you a gold medal in the summer Olympics, but will get you nothing but a big, ugly black eye in the banking supervision business.

And compounding the bank supervisory sin, was the chutzpah/hubris displayed by the then FDIC Director of Supervision and Consumer Protection, Sandra Thompson, in her unapologetic three short paragraph (!) response to the MLR.

If I were a FDIC attorney, well-schooled in the legal doctrine of contributory negligence, my supervisor would have to be pointing a gun into my back to get me to walk into a courtroom in this case.  But walk in, the loyal, dedicated FDIC attorneys did - into a judicial buzz saw.  Now we have blood and guts everywhere.

There are (at least) two big issues that stem from Judge Terrence Boyle's dismissal of the FDIC's director liability lawsuit in this case.  The first, is the widely-publicized battlefield victory for community bank directors under the judge's generous interpretation of the North Carolina business judgement rule.  The second, drowned out in the applause by advocates for bank directors, is how this decision, if ultimately upheld, could impact the mechanics and dynamics of the bank examination and regulatory enforcement process going forward.

This National Bank Examiner blog post (Part 1) is devoted to the milestone for community bank directors.

The next National Bank Examiner blog post (Part 2) will be devoted to the millstone created for bank examiners and the bank supervisory process going forward.  Specifically, the need to address the structural flaws in the Uniform Financial Institutions Rating System (UFIRS), in terms of clearly delineating today's immediate problems from today's risks (tomorrow's problems) in its CAMELS Composite and component ratings.   The UFIRS has been held together with duct tape since it was issued thirty-five years ago in 1979... in the olden days before risk-based bank supervision.

And second, balancing standardized calibrated escalation of adverse examination findings with the boundaries of examiner/field office discretion and latitude in using moral suasion as a bank supervisory tool.  An issue that, I believe, the Office of the Comptroller of the Currency (OCC) has ably dealt with in its Matters Requiring Attention (MRA) Reference Guide

But first, the milestone:

In an article published by the American Association of Bank Directors (AABD) titled Bank Directors in North Carolina and Elsewhere Breathe a Sigh of Relief, the author emphasizes that the court did not find self-dealing, fraud, or any other conduct that might constitute bad faith.  Moreover, the court found that the board of directors employed a rational decision-making process, even though (as in all bank decision-making) there clearly were risks involved.

The court, in its statement, states:


"Under the [North Carolina] business judgment rule, there can be no liability for officers and directors even when "a judge or jury considering the matter after the fact, believes a decision [my emphasis] substantively wrong or degrees of wrong extending though 'stupid,' to 'egregious' or 'irrational,' ... so long as the court determines that the process [my emphasis] employed was either rational or employed in a good faith effort to advance the corporate interests."

"... The record can simply not support a finding that the defendants' business purpose fell so far beyond lucid behavior that it could not even be considered "rational."  Although there were clearly risks involved in Cooperative's approach, the mere existence of risks cannot be said, in hindsight, to constitute irrationality.  Further, corporations are expected to take risks and their directors and officers are entitled to protection from the business judgment rule when those risks turn out poorly."


"In fact, the court cited prior regulatory CAMELS ratings of “2″ for management, asset quality and market risk sensitivity as proof that the board had followed a rational process in its decision-making. That is, inasmuch as the examiners (banking experts) gave the bank satisfactory ratings after examining the details of management’s decisions on loan applications and other business matters, directors (who are not experts equivalent to examiners) should appropriately presume that their overall supervision of management and bank operations was acceptable to the regulators."


Tagging Bank Directors with the Power of Infallible Prophecy

It's worth sharing Judge Boyle's finding regarding the FDIC's claim that "the 'Great Recession' was not only foreseeable, but was actually foreseen by the defendants."  For the purpose of brevity, I've only redacted the bibliographical references.

"The Court discusses this claim only due to the absurdity of the FDIC's position.

The FDIC relies on several pieces of evidence to support its claim that defendants foresaw the downturn in the economy as early as October 2006.  However, it ignores the unique historical factors happening at the same time including numerous economists and economic forecasters' prognosis of a strong economy going forward at that time.  See e.g. Chris Isidore, Goldman's chief to take on Treasury, "While that pace of growth is widely expected to slow, many economists see the economy remaining strong .... ").  Even as late as April 2007, the United States Treasury Secretary was pushing the idea that the economy was strong and healthy and that the housing market had reached its bottom.  Further, throughout 2007 and into 2008, North Carolina and national economists continued to publish upbeat economic forecasts.

After the fact, Federal Reserve Chairman Ben Bernanke observed that "a 'perfect storm' had occurred that regulators could not have anticipated," and former Chairman Alan Greenspan confessed that "it was beyond the ability of the regulators to ever foresee such a sharp decline."   Further, the Federal Crisis Inquiry Commission has concluded that "[c]laims that there was a general failure of risk management in financial institutions or excessive leverage or risk-taking are part of what might be called a 'hindsight narrative."

In sum, the FDIC claims that defendants were not only more prescient than the nation's most trusted bank regulators and economists, but that they disregarded their own foresight of the coming crisis in favor of making risky loans. Such an assertion is wholly implausible. The surrounding facts, and public statements of economists and leaders such as Henry Paulson and Ben Bernanke belie FDIC's position here."

And Then There's the Bigger Picture - Disparate Treatment


"It appears that the only factor between defendants being sued for millions of dollars and receiving millions of dollars in assistance from the government is that Cooperative was not considered to be "too big to fail.".  Taking the position that a big bank's directors and officers should be forgiven for failure due to its size and an unpredictable economic catastrophe while aggressively pursuing monetary compensation from a small bank's directors and officers is unfortunate if not outright unjust."

Posted by Ron Lindhart at 10:28 AM No comments: