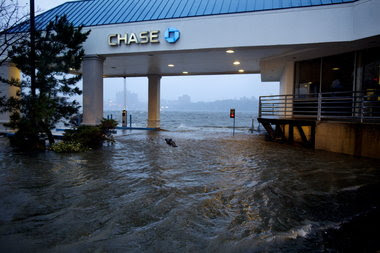 
In  1992, in the aftermath of the devastation wreaked by Hurricanes Andrew, Iniki, and the Los Angeles riots, Congress passed, and the President of the United States signed, the “Depository Institutions Disaster Relief Act of 1992 (PL 102-485)”.   DIDRA, as it was labeled, provided time-limited regulatory relief from some FIRREA appraisal requirements, certain Truth in Lending Act (TILA) and Expedited Funds Availability Act (EFAA) provisions, and also set up a process for individual bank relief from Prompt Corrective Action (PCA) leverage ratio requirements because of temporary leverage ratio distortions caused by bank customers depositing disaster-related property/casualty and flood insurance proceeds as well as government assistance payments.  The FIRREA appraisal relief can be invoked for any Presidential declared emergency in the future, subject to a duration limit of 36 months each time.  The TILA, EFAA, and PCA capital leverage ratio flexibilities were strictly limited to reasonable periods subsequent to the occurrence of the specific disasters listed above.

Another DIDRA (PL 103-76) was passed in 1993 for the massive Mississippi River floods with certain provisions applied later to the 1994 California earthquakes.  It contained all of the previous flexibilities with the exception of the FIRREA appraisal relief which, after DIDRA 1992, is a continuously available tool.  In 1997, another DIDRA (The Depository Institutions Disaster Relief Act of 1997 (PL 105-18)” was passed to deal with the devastation related to the flooding of the Red River in the Dakotas and Minnesota.  It too reiterated and granted relief related to certain FIRREA appraisal requirements, TILA, EFFA, and PCA capital leverage ratio requirements. The TILA, EFAA, and PCA capital leverage ratio flexibilities were likewise time-bound and geographically limited to the specific declared disaster.

Additional efforts were later attempted for Hurricanes Katrina, Wilma, and Rita.  Although I believe that only regulatory relief for Katrina may have been successful, when language was inserted into a Katrina Emergency Supplemental Appropriations Bill and subsequently signed into law.

With the costly devastation that has accompanied Hurricane Sandy estimated in the tens of billions of dollars, it is highly likely that some similar temporary regulatory flexibilities will be needed by banks located in the areas declared by the President of the United States to be emergency disaster areas under the Stafford Act.  Moreover, additional flexibilities may need to be incorporated to account for germane changes in the legislative and regulatory landscape since 1997, not the least of which may be the 2010 Dodd-Frank Act.

Since periodic natural disasters are a fact of life, Congress should also consider allowing the Federal bank regulators the ongoing ability to exercise these flexibilities and regulatory relief options anytime the President of the United States declares an emergency under the Stafford Act.  This would avoid the need to pass new legislation for subsequent major national disasters and thereby speed regulatory relief to banks in affected communities.

Once the full operations of the Federal Government resume this week, it would be helpful to those banks adversely affected by Hurricane Sandy for Senate Banking Committee and House Financial Services Committee staff to consult with the banking trade associations and the community of Federal banking regulators, and begin drafting the “Depository Institutions Disaster Relief Act of 2012”.  With earnest efforts by both political parties, this could be passed during the upcoming lame duck session of Congress.
Posted by Ron Lindhart at 9:41 AM