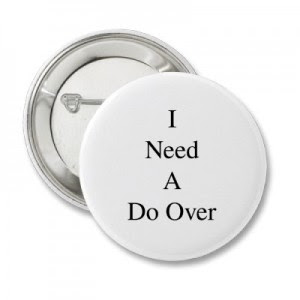 There is a qualitative difference in the mentality and set of business values between practitioners of traditional international finance and those involved in what's called offshore finance.  Offshore finance takes place at the outer margins of the financial world and its proponents tend to take, let's say, a more expansive and elastic view of the generally-accepted concepts of legal and ethical behavior.

Where mainline international finance would shy away from unsavory and shady, but technical legal activities, the high priests of offshore finance use this gray-area of finance as the foundation for their industry.  The worst of the offshore players actually cross the line into facilitating illegal activities.

This very real distinction between the two is steadily being eroded, however, as international finance and offshore finance are increasingly being conflated and bleed into each other in certain mainstream international banking centres (not misspelled).   And in very recent and high-profile ways, this is getting some very large global banks into a costly heap of legal trouble.

So it is with much dismay that I came across this piece, a couple of weeks ago, from FitchRatings: "Branch Resolution May Disrupt Credit Hierarchy".  The analysts at Fitch decided to use the recent seizure, by the Central Bank of Cyprus, of the Cyprus branch of  Tanzania-based FBME Bank Ltd. to make a broader point about the impact of host-country branch resolutions on the interests of bank creditors generally.

"The ability of a local regulator to resolve foreign bank branches can lead to unequal outcomes for same-ranked creditors, and complicates cross-border resolution, Fitch Ratings says. Branch resolution rules in many countries including the US and EU can create a "first mover" incentive that may make orderly cross-border resolution more challenging.

The resolution of the Cypriot branch of FBME (not rated), a Tanzania-based bank, on 21 July under the domestic bank resolution law is an example of a national regulator independently placing a foreign branch into resolution. The branch was put into resolution by the Cypriot authorities after being named by the US Treasury as a "foreign financial institution of money-laundering concern". We believe the prospect of branch resolution has wider significance, even though FBME's circumstances are specific to that bank."

Now, wouldn't you think that there just might be an 'abetting suspected transnational criminal enterprises' exception to Fitch's macro-prudential global financial stability concerns when it comes to shutting down or "ring-fencing" host-country bank branches?

There is no moral equivalence between efforts to fight crimes, like money laundering and terrorist financing, and macro-prudential financial stability concerns.  The Fitch piece, in my opinion, is only making an indirect point that host-country pursuit of suspected criminal enterprises, could have an adverse impact on people or entities they owed money to.


Read this excerpt from FinCEN's announcement on this rogue offshore bank to get a feel for today's burst of high dudgeon:

“FBME promotes itself on the basis of its weak Anti-Money Laundering (AML) controls in order to attract illicit finance business from the darkest corners of the criminal underworld.” said FinCEN Director Jennifer Shasky Calvery. “Unfortunately, this business plan has been far too successful. But today’s action, effectively shutting FBME off from the U.S. financial system, is a necessary step to disrupt the bank’s efforts and send the message that the United States will not stand by while financial institutions help those who intend to harm or threaten Americans.”

FBME’s business model is based on its weak AML controls. FBME changed its country of incorporation numerous times, partly due to its inability to adhere to regulatory requirements. It has established itself with a nominal headquarters in Tanzania. However, FBME transacts over 90 percent of its global banking business through branches in Cyprus. Finally, FBME has taken active steps to evade oversight by the Cypriot regulatory authorities in the recent past.

FBME openly advertises the bank to its potential customer base as willing to facilitate the evasion of AML regulations. In addition, FBME solicits and is widely recognized by its high-risk customers for ease of use. These facts, taken in concert with FBME’s extensive efforts over the years to evade regulatory oversight, illustrate FBME’s willingness to service the global criminal element."

This is the tame version of the FBME saga.  Read FinCEN's Notice of Findings for some real eye-opening details.  Any sympathy one might have for mainstream international banks, who may have processed transactions involving this alleged miscreant bank, should quickly evaporate.

In my opinion, the analysts at Fitch picked a poor example for a segue into their topic.  One would think that this FBME situation would be cause to congratulate government authorities, both in the U.S. and Cyprus, for being the sentinels of the reputation of international finance.

Given that this piece was issued during the European vacation season doldrums, when copy editors might have been sunning themselves in the Costa del Sol instead, the folks at FitchRatings might consider asking for a Mulligan.