Sadly, passing with scant notice by the banking industry media this month was an important 2015 news release by the Office of the Comptroller of the Currency (OCC).   The news release heralded the distribution of an OCC white paper titled: "An Opportunity for Community Banks: Working Together Collaboratively".  The paper presents the OCC's views on collaborative efforts by community banks and also describes how community banks can pool resources to obtain cost efficiencies and leverage specialized expertise.

"As diverse as community banks are, they share the same commitment to supporting the communities they serve.  With this in mind, the OCC sees an opportunity for community banks to share resources and expertise to the mutual benefit of all involved.

In today's world of continually narrowing net interest margins and the shrinking availability of "sugar high" one-time gains opportunities (like releases from loan loss reserves, profits from investment portfolio securities sales, and 'ringing the register' on deferred tax assets), the inexorable additional step (absent sale of the bank) has to be an increased focus on the control of non-interest expenses.

Oh, and let's not forget that army's camp followers - the inevitable information technology (IT) expenditures that often dwarf the consulting fees.

In this OCC paper, we have a major federal bank regulator acknowledging the burden and encouraging banks to seek cost-saving opportunities by leveraging the power of further collaboration... and then outlining the ground rules for doing so prudently.

Waiting for the Federal Reserve to "normalize" interest rates in order to kick start industry net interest margin expansion (and bank profits), in the population of banks that are asset-sensitive, could be like waiting for rain during a drought.  The path to that interest rate normalization in the United States, seemingly visible on the horizon a few weeks ago, could now be extended given the tit-for-tat central bank beggar-thy-neighbor actions taking place in Europe and Japan.

Two years ago, the Federal Deposit Insurance Corporation (FDIC) also noted these cost burdens in a series of community banker interviews.  Back then, I commented that the full realization of the benefits of legal cooperation among community banks had yet to be achieved.  Now the OCC has surfaced the issue once again. 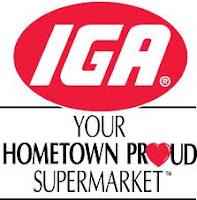 I wanted to comment on the recent FDIC Community Banking Study.  It's a very nice piece of work, highly recommended.  Its data-driven triangulation of the profile of the community bank population should help immensely as opportunities, costs, and regulatory burdens for community banks are debated and deliberated upon in policy circles.

Here are some clips:

“Most of the interview participants stated that no one regulation or (supervisory) practice had a significant effect on their institution.  Instead, most stated that the strain on their organization came from the cumulative effects of all the regulatory requirements that have built up over time.”

“Most of the interview participants indicated that they consider regulatory compliance as part of the normal cost of conducting business.  Consistent with the notion that these costs were a normal part of business, the interview participants noted that their overall business model and strategic direction had not changed or been affected by the regulatory compliance cost issues.”

“While the primary goal of the interviews was to identify what drives regulatory compliance costs at community banks, two related themes emerged.  A majority of the interview participants discussed their increasing reliance on consultants and their dependence on service providers....

...Many of the interview participants stated that their increasing reliance on consultants is driven by their inability to understand and implement regulatory changes within required timeframes and their concern that their method of compliance may not pass regulatory scrutiny...

...With regard to dependence on service providers, each of the interview participants noted that they had contracted with at least one firm to provide products and automated processes that provide a cost-effective means of complying with certain regulations.  While these service providers are considered beneficial to their bank's operations, interview participants noted that these firms have few incentives to make timely changes to their software to meet new regulatory requirements.  These time delays could affect their bank's ability to comply with new or changed rules.”

One option community banks might consider to deal with the increasing reliance on consultants and the concern about service provider responsiveness is confederation. Confederation describes a type of organization which consolidates authority from other independent and autonomous bodies.

In the community bank context, it might be a central organization that uses the collective leverage of its members to drive down consultant costs, be a clearinghouse for compliance solutions, or possibly promote standardized compliance solutions among its members.  A confederation has the potential to use its muscle to improve servicer responsiveness or, in some cases, potentially replace vendors entirely and provide those services to members on a not-for-profit basis.

One example of a confederation in another industry is the Independent Grocers Alliance (IGA).  The Independent Grocers Alliance was started in May 1926 when a group of 100 independent retailers organized themselves into a single marketing system.  Contrasting with the big chain grocery store business model, IGA operates through stores that are owned separately from the brand.  But like the big chain stores, IGA provided their local members with common branding, technical support, a distribution network, and the leverage of the consolidated buying power of its members.

To varying degrees, and in several respects, banking trade associations have taken many of the steps toward stronger confederation among community banks.  Some have subsidiaries that provide compliance management consulting services and certain vendor platforms.  But as the comments made by these nine community bankers seem to indicate, there are opportunities for further advancement.