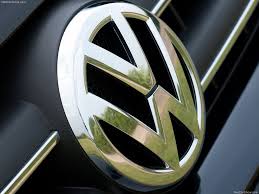 This discussion applies to those offending large banks operating primarily out of New York, Charlotte, London, Frankfurt, and Zurich; their insurance company accomplices, shadow bank allies, credit rating agency enablers; and the (thankfully only a handful) of their regional bank understudies... all of whom formed the nucleus and spawned the genesis of the financial crisis that ultimately brought on the Great Recession.

When it comes to the reputation of banking and bankers in the U.S. today, the general public has a bifurcated perception of the banking industry.  They hold generally positive views of community and regional banks, but continue to hold distinctly negative views of our nation's largest banks as a group.  A perception that is likely to linger indefinitely until the previously bad-acting banks create their own "Volkswagen Moment".

By Volkswagen Moment, I mean a purposeful emulation of Volkswagen's frank public response thus far to the deception it perpetrated on unsuspecting diesel engine car owners and government environmental regulators when it was revealed that its engineers purposely installed "defeat devices" in those cars.  The Volkswagen CEO at the time, Walter Winterkorn, admitted to the misconduct; apologized to its customers, employees, and the public; committed to cooperate fully with the authorities; and pledged to make amends for its actions in order to rebuild trust in the company:

“The irregularities that have been found in our Group’s diesel engines go against everything Volkswagen stands for. At present we do not yet have all the answers to all the questions. But we are working hard to find out exactly what happened. To do that, we are putting everything on the table, as quickly, thoroughly and transparently as possible. And we continue to cooperate closely with the relevant government organizations and authorities. This quick and full clarification has the highest priority. We owe that to our customers, our employees and the public. Manipulation and Volkswagen – that must never be allowed to happen again.

Millions of people all over the world trust our brands, our cars and our technologies. I am deeply sorry that we have broken this trust. I would like to make a formal apology to our customers, to the authorities and to the general public for this misconduct. We will do everything necessary to reverse the damage. And we will do everything necessary to win back trust – step by step.

In our Group, more than 600,000 people work to build the best cars for our customers. I would like to say to our employees: I know just how much dedication, how much true sincerity you bring to your work day after day. Therefore, it would be wrong to cast general suspicion on the honest, hard work of 600,000 people because of the mistakes made by only a few. Our team simply does not deserve that."


Now let's look at the role of large financial institutions in the origination and/or distribution of low-doc/no-doc/fake-doc subprime mortgages prior to the Great Recession.   Many of those loans were made to NINAs (borrowers with No Income/No Assets) then packaged into complex and toxic CDO (Collateralized Debt Obligation) securities with integrated or attached derivatives and then marketed to mostly institutional investor chumps.  It was like the Volkswagen "defeat device" deception and misconduct, except that Volkswagen's misconduct is unlikely to drag down the world economy.

While we've had dribs and drabs of muted individual apologies mentioned in passing during press interviews from the Captains of Finance in the major banking centers around the world, there has been no unified, publicly cathartic, apology from the major players involved.  Certainly none as definitive and forceful as that made by Volkswagen.

Instead, the Captains of Finance (and their lawyers) have chosen to fight a long, numbing war of attrition with their checkbooks, forcing regulators and injured customers to spend money and time to flush out their wrongdoings before they ultimately settle things out of court.  This behavior has been wittingly abetted by a U.S. Department of Justice which has held only a handful of small-fry individuals accountable and boasts not a single high-profile banker prosecution.

"This stands in stark contrast to the failure of many savings and loan institutions in the late 1980s.  In the wake of that debacle, special government task forces referred 1,100 cases to prosecutors, resulting in more than 800 bank officials going to jail. Among the best-known: Charles H. Keating Jr., of Lincoln Savings and Loan in Arizona, and David Paul, of Centrust Bank in Florida."

"...but it would have been my preference to have more investigation and individual action, since obviously everything that went wrong or was illegal was done by some individual, not by an abstract firm."


So all that brings me to a much more pleasant part of the discussion, a recent speech by Sabine Lautenschläger, Member of the Executive Board of the European Central Bank and Vice-Chair of the Supervisory Board of the Single Supervisory Mechanism.  The title of her September 28, 2015 speech was: Reintegrating the banking sector into society -- earning and reestablishing trust.

The speech is a must-read for anyone who has thought about this issue, as it presents an excellent analysis of the topic and a useful road-map of recommended actions for bankers (and regulators) to use, going forward, to help rebuild the trust of the public.

However, the effectiveness of these actions will fall well short of their potential in the absence of a critical prerequisite:  a public admission of prior misconduct; an apology to customers, shareholders, and the public; and a commitment to both make amends for the past misconduct and take steps to ensure that it doesn't happen again.

We won't be able to sweep away the lingering public suspicions and the empty feeling of incomplete justice without some kind of collective emotional closure on the painful and costly events of the past.  In other words, the parties involved still owe everyone a Volkswagen Moment.