The Plan for Prosperity 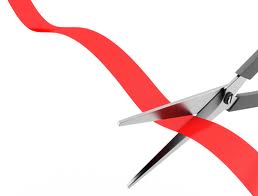 The Independent Community Bankers of America (ICBA) recently released its legislative priorities for bank regulatory burden reduction called the Plan for Prosperity.  The Plan's goal is to provide targeted regulatory relief to community banks thereby allowing them to focus more on serving their customers and communities.  It's a good plan and I wish Cam Fine and his army of members the best as they attempt to gain traction and yardage in this important area.

I wanted to touch on two topics, one is implied in the Plan for Prosperity and the other is absent.  I hope the absent one could be included in the next 'refresh' of ICBA's legislative priorities.

The first topic is the Plan's section on Strengthening Accountability in Bank Exams:  A Workable Appeals Process.

Establishing an examination sampling function for reviewing the examination-level application of Federal Financial Institutions Examination Council (FFIEC)- approved interagency policies and guidelines would help both bankers and examiners.  It could be housed at the FFIEC, as something similar was contemplated in a section of the now-expired Capito-Maloney bill.  Bankers and examiners will agree, there is just a constant stream of complaints or observations that one bank regulatory agency is handling interagency policy differently than other bank regulatory agencies.  Usually the complaint to the examiner is that some other bank regulator is being a "light touch" at another bank, while you are being a "hard ass".

The other item is not in the Plan for Prosperity, but it would go a long way toward addressing a concern raised during the Transaction Account Guarantee (TAG) extension debate.  That is how community banks can retain large, uninsured deposits when there is a perception, deserved or not, that such funds would migrate over time toward the so-called Too Big to Fail (or Jail) banks.  There are existing mechanisms that community banks can use to give comfort to their "nervous money"... CDARS and repurchase agreements, for example.  But one option that has been overlooked and may be less cumbersome than the other options, is to lobby for a statutory approval for national banks to secure private deposits.

In 1934, the Supreme Court in Texas & Pacific Railway Co. v.  Pottorff  held that the incidental powers provision of the National Bank Act could not be used to justify the practice of securing private deposits.  Such powers must be specifically granted by law.  So today, national banks do have some limited and specific statutory authorizations, for example collateralizing public funds (12 USC 90), trust funds (12 USC 92a) and Native American Funds (25 USC 156), but no general statutory authorization.  Many states, however, do authorize their state-chartered banks to secure private deposits.

The Federal Deposit Insurance Corporation Improvement Act of 1991 (FDICIA) comes along later with provisions that restrict and prohibit insured state banks and their subsidiaries from engaging in activities and investments that are not permissible for national banks and their subsidiaries.  There is a FDICIA exception, however, for an insured state bank, that meets and continues to meet applicable capital standards, to conduct certain otherwise-prohibited activities if the bank obtains the FDIC's prior written consent.  So even though many state-chartered banks may be authorized, under the terms of their state charter, to secure private deposits, the fact that national banks are prohibited from doing so forces the state-chartered bank into a burdensome application and approval process with the FDIC.

The present situation is not wonderful for everyone involved.  A simple amendment to the National Bank Act, containing a general authorization to secure private deposits, contingent on the existence of adequate capital, liquidity, and asset/liability management practices, could reduce regulatory burden and provide an additional option for making uninsured "nervous money" in community banks less so.